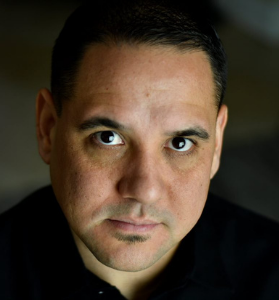 Nick Preston will take the stage at our Look Who’s Dancing Fundraiser to help end hunger and homelessness!

General Admission, Child, and VIP Tickets WILL BE AVAILABLE FOR PURCHASE AT THE DOOR

Donate in Honor of Nick!

Originally from Hawai’i, Nicholas Preston has enjoyed an active career as a professional singer since the early 2000s. He recently made his solo debut at Carnegie Hall in 2018, appearing as the tenor soloist with Pacific Symphony and Pacific Chorale. Nicholas has had solo appearances with the L.A. Phil, Boston Pops Orchestra, Hollywood Bowl Orchestra and many more, and has sung in concert halls both around the United States and abroad.

He is also heavily involved with the world of education in the arts, working closely with Pacific Symphony and their award winning “Class Act” program. Living in Brea with his wife, Dr. Kathleen Preston, and daughter Zelda, Nicholas and family have been active in the life of St. Paul Lutheran Church, which has led them to give time and resources to Pathways of Hope. Nicholas will continue to support Pathways, believing in the mission statement and impact Pathways makes in the lives of so many.

You can purchase tickets or sponsorships to support Nick using the form below or simply make a donation towards his campaign here!

*** Want to purchase tickets or sponsorships or make a donation with a check? Simply email Shari at sschultz@pohoc.org or call her at (714) 680-3691 ext. 2207 to confirm your purchase/donation. Please make checks out to “Pathways of Hope” and mail them to PO Box 6326, Fullerton CA 92834, with “Nick” in the check memo. Thank you for your support!