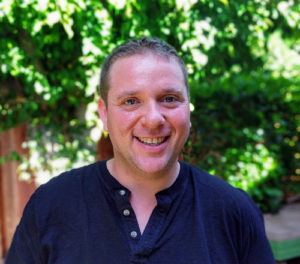 YOU can support Rabbi Nico and our community’s most vulnerable residents by purchasing a ticket, donating, or sponsoring the event:

Rabbi Nico Socolovsky has been the Senior Rabbi of Temple Beth Tikvah since 2015. Nico grew up in Buenos Aires and immigrated to Israel in 2002. Over the years he has worked in many different social frameworks, with teenagers, immigrants, ex-prisoners, underprivileged families, and others.

In 2010 Nico initiated the Shchuniya, a home for Jewish renaissance in Haifa. He also worked for RHR – Rabbis for Human Rights – directing the Center for Economical Rights in Hadera, Israel.

Nico graduated from Haifa University with his BA in Education and Jewish Thought and an MA in Jewish Thought – concentrating on Religions’ Sciences – at the Haifa University. Following his studies in the Israeli Rabbinical program of the HUC, both in Israel and in New York, in 2013 Nico was ordained as Rabbi in Jerusalem.

Nico came to California after spending two years in Singapore, where he offered rabbinical accompaniment and services within Singapore and in South East Asia, as well as worked on his own scholastic and musical projects.

Rabbi Nico is a Brickner Fellow for social justice leadership in the RAC-Religious Action Center of the Union for Reform Judaism. Rabbi Nico lives with his wife Noga, children Amitai, Nitzan and Guilad, and their dog Sancho.